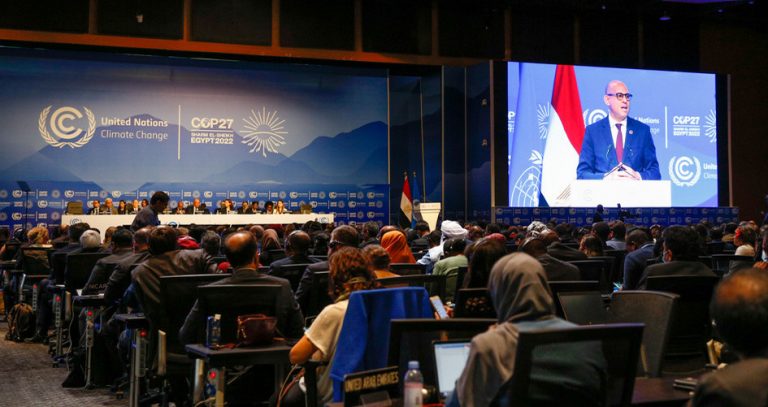 The United Nations Climate Change Conference COP27 opened with the key aim of ensuring full implementation of the Paris Agreement.

Discussions at COP27 begin near the end of a year that has seen devastating floods and unprecedented heat waves, severe droughts and formidable storms, all unequivocal signs of the unfolding climate emergency. At the same time, millions of people throughout the world are confronting the impacts of simultaneous crises in energy, food, water and cost of living, aggravated by severe geopolitical conflicts and tensions. In this adverse context, some countries have begun to stall or reverse climate policies and doubled down on fossil fuel use.

COP27 is also taking place against the backdrop of inadequate ambition to curb greenhouse gas emissions. According to the UN’s Intergovernmental Panel on Climate Change, CO2 emissions need to be cut 45% by 2030, compared to 2010 levels to meet the central Paris Agreement goal of limiting temperature rise to 1.5 degrees Celsius by the end of this century. This is crucial to avoid the worst impacts of climate change, including more frequent and severe droughts, heatwaves and rainfall.

A report published by UN Climate Change ahead of COP27 shows that whilst countries are bending the curve of global greenhouse gas emissions downward, efforts remain insufficient to limit global temperature rise to 1.5 degrees Celsius by the end of the century.

Since COP26 in Glasgow, only 29 out of 194 countries came forward with tightened national plans.

“With the Paris Rulebook essentially concluded thanks to COP26 in Glasgow last year, the litmus test of this and every future COP is how far deliberations are accompanied by action. Everybody, every single day, everywhere in the world, needs to do everything they possibly can to avert the climate crisis,” said UN Climate Change Executive Secretary Simon Stiell. “COP27 sets out a new direction for a new era of implementation: where outcomes from the formal and informal process truly begin to come together to drive greater climate progress — and accountability for that progress.”

In his opening address, the UN Climate Change Executive Secretary asked governments to focus on three critical areas at COP27. The first is a transformational shift to implementation of the Paris Agreement and putting negotiations into concrete actions.

The second is cementing progress on the critical workstreams of mitigation, adaptation, finance and loss and damage, while stepping up finance notably to tackle the impacts of climate change.

The third is enhancing the delivery of the principles of transparency and accountability throughout the UN Climate Change process.

The Egyptian COP27 Presidency has set out an ambitious vision for this COP that puts human needs at the heart of our global efforts to address climate change. The Presidency intends to focus the world’s attention on key elements that address some of the most fundamental needs of people everywhere, including water security, food security, health and energy security.

Sameh Shoukry, Egyptian Minister of Foreign Affairs and COP27 President said: “We’re gathering this year at a time when global climate action is at a watershed moment. Multilateralism is being challenged by geopolitics, spiraling prices, and growing financial crises, while several countries battered by the pandemic have barely recovered, and severe and depleting climate change-induced disasters are becoming more frequent.

“COP27 creates a unique opportunity in 2022 for the world to unite, to make multilateralism work by restoring trust and coming together at the highest levels to increase our ambition and action in fighting climate change. COP27 must be remembered as the ‘Implementation COP’ – the one where we restore the grand bargain that is at the centre of the Paris Agreement.”

Several key Ministerial and other events around current climate change efforts will take place during the COP. These include a first ministerial round table on pre-2030 ambition and continued discussions on the global stocktake – a process for countries and stakeholders to see where they’re collectively making progress towards meeting the goals of the Paris Agreement — and where they’re not.

The COP27 Presidency will host a series of events in thematic days from 9-17 November. These events will highlight practical solutions to the challenge of climate change and explore approaches to immediately scale up the implementation of these solutions in key sectors with all stakeholders.

In addition, UNFCCC supported sectoral initiatives in sectors such as sports, fashion, tourism, events and aviation and will announce higher ambition and increased collaboration to align these sectors with the 1.5 degree Celsius target of the Paris Agreement. 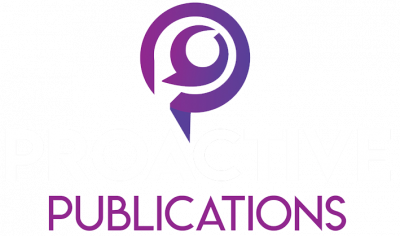